A Heartfelt Thank You for Your Service and Dedication

The Chief Joseph Days Board of Directors would like to offer a heartfelt THANK YOU to retiring directors Shelley Marshall, Doris Noland, exiting director Jeffrey Wecks, and Tim Marshall, barbecue chef extraordinaire.

Retiring director, Shelley Marshall has been involved with Chief Joseph Days for more than three decades. Shelley and her husband Tim have two amazing daughters who served on the Chief Joseph Days Court one as princess and the other as queen. For nine years Shelley helped organize the court coronation dinner. She was elected to the Board of Directors in 1998.
In addition to having been in charge of CJD event center rentals, Tuesday Night’s Kickoff Dinner, and the queen’s luncheon, Shelley is best known for her exceptional talents to run and manage Chief Joseph Days’ Hospitality Room. It is here where rodeo contestants, their families, and visiting committee members get the true, “hometown” treatment during breakfast, lunch and dinner.
Her husband Tim who has been at her side from the very beginning has truly earned the title of “extraordinaire” BBQ Chef preparing smoked meats for the hospitality room before every night’s performance.
Both received the John Justin Standard of the West Award for serving as outstanding volunteers and committee members. Their teamwork and unquestionable love and dedication to Chief Joseph Days have made an everlasting difference to so many.

Her duties were ample and prolific. Doris managed not only the Beer Gardens and the Thunder Room, but she was also in charge of marketing and advertising, organized coronation, the souvenirs booth, Wednesday Family Night, and past rodeo courts. To top off this amazing list of responsibilities, Doris managed CJD’s Tough Enough to Wear Pink Campaign for more than twelve years.

Her dedication and absolute devotion to Chief Joseph Days earned her the title of Joseph Chamber of Commerce President (later known as CJD President) from 2007-2009.  She also received the John Justin Standard of the West Award for her outstanding volunteer and committee services. Indeed, Doris has left a mark of excellence for many more decades to come.

Jeffrey and his wife Vixen who have two amazing children own and run a horse ranch outside of Joseph. His daughter Destiny is currently serving on the 2020/2021 “Triple Crown Court”. His kindness and charming personality will always be remembered at Chief Joseph Days.

Even though Jeffrey has exited as a director at Chief Joseph Days Rodeo, his community involvement continues steadfast as the volunteer fire chief of Joseph. 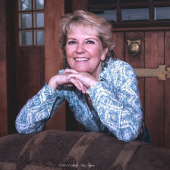